Benefits of Bilingualism on Child Development

When it comes to child development, two languages are definitely better than one, but there are plenty of myths around that might have had parents thinking otherwise. We take a look at the facts and dispel the fiction surrounding bilingualism in children. 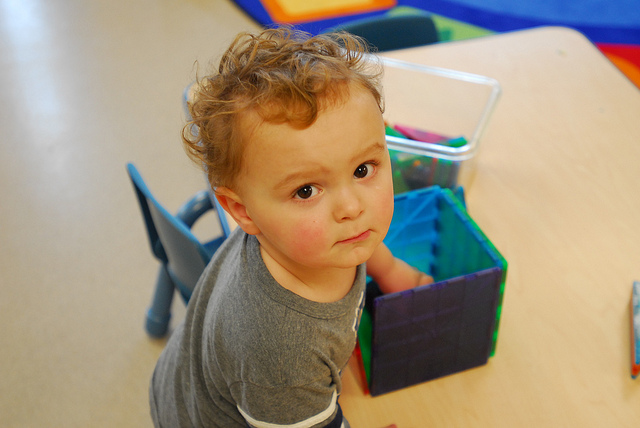 It’s estimated that there are just as many bilingual children as there are monolingual children worldwide. Looking at the United States, 21% of school age children (5-17 year olds) speak a language other than English when they’re at home, and this number is expected to increase in the future.

These figures confirm that many children are being raised as bilinguals. Whilst some children learn a second language as a necessity, because their family has a native language which is different to that of the dominant language of the community, others are learning a second language out of choice. As more parents become aware of the well documented benefits of bilingualism, the number of children being taught a second language also grows.

What are the main benefits of bilingualism on child development?

We already know the top 5 reasons to learn Spanish, but there are also advantages of bilingualism that are particularly beneficial for children.

Children who learn a second language have a higher density of grey-matter, the part of the brain that processes sensory information, and have better grades and SAT scores than their monolingual friends.

Bilingual children find it easier to focus on relevant information and ignore distractions.

Bilinguals are able to plan and solve complex problems more effectively because of increased creativity than their one-language counterparts.

Children who speak two languages find it easier to switch between tasks.

Learning a second language early on is also advantageous to your child’s first language, because it teaches a better understanding of grammatical rules and structure.

Language and culture are intertwined, so children who learn a foreign language develop greater cultural awareness than those children who only know one language.

What are the myths about bilingual children?

There is a lot of false information that goes around on the subject of whether learning two languages at an early age negatively affects child development. This is partly due to outdated research, and partly due to

False. ‘Code mixing’ or ‘code switching’ – when children use both languages within the same sentence or conversation – is not a sign of language delay or confusion. Code mixing is a normal element of bilingualism and even proficient bilingual adults are known to code mix when speaking with other bilinguals. Code mixing, by bilingual children and adults, can be adjusted to match their conversational partner and many children may also code mix if they only know the word in one language. Code mixing is a normal aspect of bilingualism and not a sign of confusion.

False. Some researchers say that learning a language at an early age is the best way to achieve a near native level of pronunciation. However, older children and adults should take heart, as researchers have also found that older children and adults have advanced cognitive skills and literacy, which helps them to learn much more efficiently than a younger child. Language learning and becoming bilingual is also about commitment to learning, not just age.

The most important thing is to continually support your child in their language learning. There is no reason to change the language you use in the home or have each parent speak a different language, unless you want to. Just do what feels comfortable and natural.

If you’re thinking about introducing your child to a second language, here at Spanish Tutor DC we offer classes for all ages and skill levels. Get in touch via our contact page, we would love to hear from you.