How to Improve your Spanish by Watching TV Series

Our time is precious, especially our study time, so is it really a good idea to spend it watching Spanish television? The answer is yes, but only as part of a broader structured learning program. Here are a few reasons why Spanish television can be beneficial: 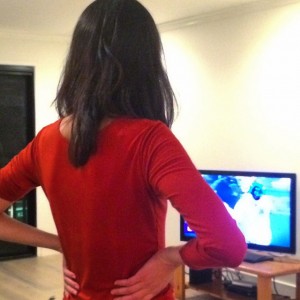 Plus, if you were going to watch TV anyway… then you might as well be practising your Spanish at the same time! The major benefit of watching a television series rather than a film is that episodes tend to be shorter and more repetitive. This means that you can listen out for key phrases and then watch the same episode again to consolidate your knowledge.

How to learn Spanish by watching television

If you are new to learning Spanish, simply tuning into the Spanish language futbol channel will probably be more terrifying than helpful. You can’t simply passively watch television as you would in your own language, you’re going to actually have to study it.

Choose a program that is right for your level. Have you been living in a Spanish language environment for the last ten years? No? Well then it’s no wonder that you find programs aimed at ten-year olds to be too challenging. If you are just starting out, cartoons for very young learners, or programs specifically for students of Spanish, might be the best place to begin.

Write down the words or phrases that you don’t understand. Television language tends to be repetitive. The same characters say the same kind of things more often than not. Picking out those frequently used phrases and looking them up will help you comprehend a much larger portion of each show.

Cut out the subtitles. Can you read and listen to a conversation at the same time? I can’t, and I find it even harder if there are two different languages involved. It’s probably more likely that when you are watching television with subtitles, you’re reading the English and tuning out the Spanish. What might be more helpful is finding a Spanish-dubbed version of a program that you already know very well. If you know all the episodes of The Simpsons by heart, for example, then you can use your existing understanding of the story to help you comprehend more of the Spanish language.

Where to watch Spanish language television

Now that you understand why you should be watching television and how you should be doing it, it’s time to get started. Fortunately, there are plenty of great places to watch Spanish television on the internet, and best of all, lots of them are free!

Watching Spanish language television is good fun, but it can only get you so far. To see some real improvement, why not take a class with Spanish Tutor DC?