Why Learning Spanish Will Make You Happier

Do you feel down from time to time? It’s not only the things you do, but also the language you speak that can influence the way you feel. Experts at the University of Vermont and the MITRE Corporation have only just discovered what our language teachers have always suspected: that Spanish is the happiest language.

Spanish speakers use more positive words than negative ones 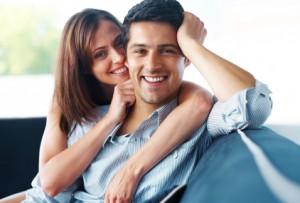 Researchers went through an enormous body of some 100 billion words taken from books, news programs, music lyrics, movie subtitles and even Twitter for ten different languages. They then narrowed their search down to the 10,000 most commonly used words, and had native speakers rate these words out of nine for a happiness score. Words like “smile” and “laughter” would be rated closer to 9, while words associated with negativity, such as “disgust” would come in closer to 1. Neutral words would come in at 5. Some languages scored more highly than others, and Spanish was way ahead of the pack.

Here are the five happiest languages according to the study:

Spanish Tutor DC offer classes in Portuguese, English and other languages as well as Spanish, so if you’d like to learn the three happiest languages, we’ve got you covered.

How does the language we speak affect the way we think and behave?

Chinese was the least happy language studied. But whilst speaking Chinese might not be the best language for laughing out loud, it has its own distinct properties that give the language other advantages.

For instance, typical Chinese families are much better at saving a portion of their income than typical American families. A study suggests that this is because the Chinese language doesn’t have a future tense like English does. Instead of saying “I will buy a house tomorrow” the Chinese equivalent translates literally as (something like) “Tomorrow, I buy a house.” By removing the ‘will’ in that sentence, it’s argued that the Chinese remove a barrier to preparing for a future event. Though the idea is contested by some linguists, countries that speak a language with a distinct future tenses, such as English, Arabic and Greek, tend to be much worse at saving money than those that don’t distinguish so strongly, such as Chinese, German, Japanese or Norwegian.

So will speaking Spanish actually make you any happier? The answer is resoundingly “si,” especially if you ask the Panamanians or the Costa Ricans. These two sunny Spanish speaking Central American countries scored 1st and 2nd on the the ‘World’s Happiest Country” survey for 2014, displacing egalitarian Denmark for once. Rich traditional cultures, strong family ties and an excellent climate have been given as explanations for all the positivity.

Find out what the Panamanians are smiling about. Learn Spanish with Spanish Tutor DC