The Truth About Raising Bilingual Children

With many of us choosing partners from abroad, or living outside of our home country, it’s time to reconsider reality of raising bilingual children. 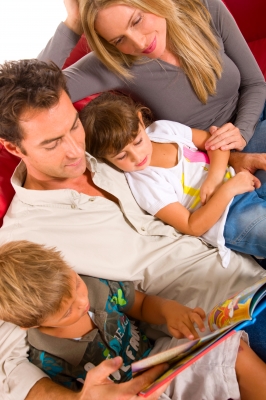 Children will be confused if they grow up learning two languages.

Fiction. This is a theory based on old research (or certain politics) that current academics have found to be faulty.

Back in the 1920s, a group of educators found that children who spoke two languages were less intelligent than children who only spoke one language. This lead to teachers telling recent immigrants that their children would do better at school if they only spoke English at home. However, the IQ disadvantages that the early researchers found are much better explained by the economic hardships and stresses of a recent immigrant’s life, rather than the fact that they spoke two languages.

These days dozens of studies show that the bilingual brain has several significant advantages over the monolingual one, including a greater capacity for learning that is certain to be useful in later life. It might be the case that bilingual children develop their complete set of grammar rules and vocabulary a little slower than monolingual children, but this is because they are learning twice as much! If you count both languages, a bilingual child will have a similar vocabulary range to a monolingual child. Plus, they also get to keep the advantage of knowing two languages for a lifetime.

Let’s also not forget that in dozens of countries around the world knowing two languages is the norm, not the exception. Canada, Switzerland and Finland, to give just a handful of examples, are punching above their weight on educational league tables and speaking two languages just fine.

Bilingual children ‘mix up’ their grammar and vocabulary from time to time.

Fact. It’s true, a bilingual child will sometimes switch between languages mid conversation, especially if they are struggling to express themselves in their weaker language. However, this certainly not a reason to start worrying about your child!

Bilingual adults will also switch between languages if they momentarily forget a word or phrase, and it’s a normal behavior for someone who speaks two languages at any age. Parents sometimes get anxious because a child who previously didn’t ‘mix up’ their languages can start to do so when they are slightly older, and it can seem like they are moving backwards rather than forwards. However, this is probably explained by increased outside exposure to one language that happens when children start spending less time at home and more time at preschool and friend’s houses.

Consider, for instance, a three year old child with one American parent and one Spanish parent. She might one day mistakenly use the phrase ‘¿Quieres a jugar conmigo?’ (Do you want to to play with me?) This is because in English our infinitive verbs are made up of two words: to play, to eat, to drink etc. In Spanish, the same meaning is achieved with one word: jugar, comer, beber etc. You can see why a child, or even an adult, might mistakenly say “quiero a jugar”,  thinking erroneously that “to” of “to play” translates also in “to play” as “a”. There are all sorts of reasons for these little mistakes – you may even find that they originate from adults around the family group who don’t speak a foreign language quite as well as they think!

Fiction. Whilst some children grow up learning two languages without difficulty, the vast majority require assistance and guidance from their parents. Children need natural exposure to both languages, otherwise they will struggle. What can often be a problem is that a child becomes stronger in one language, and starts to use the other one less, meaning that little progress is made. A good solution is to put your children in situations where they need to use both languages, which is why many experts advocate the ‘one parent, one language rule.’

The one parent one language rule is not foolproof though, especially if a child spends disproportionately more time with one parent than the other. This is when it’s useful to start thinking about creating more situations for them to practice their weaker language, like dropping them off at their monolingual grandparent’s house for the weekend, or getting a native speaking private tutor to do some conversation practice.

If you’d like to know more about raising bilingual children, there are plenty of interesting books on the subject. Raising a Bilingual Child and Raising Bilingual Children are two of the best.